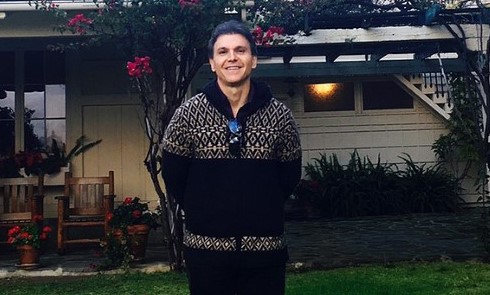 Michael An'gileo believes in destiny and fashioning creative ideas through screenwork and stories that speak to the human heart, touching the lives of a broad audience. He looks forward to the months ahead.

Search Michael An'gileo and his exciting book titles: Godspell BHHS: The Amazing 70s at Beverly Hills High School (Kindle Vella), The Bluelite Chronicles (Kindle Vella) and The Bluelite Lovers (Kindle Vella) and his list of writings and interviews. Michael's recent screenplays include the eschatological piece, The Bending Hearts, about a 12-year-old savant who fashions a phone app to connect the broken-hearted of the world. Joey Rocket is a fully animated comedy, planned to spin off an 80s retro, DC-style comic book series.

Michael was born in Kenmore, New York (a suburb of Buffalo), and graduated from the USC School of Cinematic Arts, continuing his passion for filmmaking: mini-epics, costume dramas, urban-street films, a ballet piece in Super 8mm B&W, begun at 15. He was an NHS/CSF student in high school and studied Italian and applied art in Firenze. Michael has traveled throughout the boot, speaks Italian, and whips up "spaghetti aglio e olio" with a zeal. PS: My great grandfather was Sicilian ("Michele Vincenzo Giglia"), but was born in Firenze "Florence, Italy," home of the 16th Century Renaissance. I'm half Macedonian Greek, a wondrous people spoken of in the Epistles of St. Paul.

As the nephew of late-Hollywood producer, Nick Vanoff, Michael was taught plenty about "the biz." Check out Wikipedia.

Michael can be called a Renaissance Man. However, the yearnings of his eternal path will always be his ultimate purpose for existence - the true destiny. "I'm a follower of Jesus Christ, all the way. I'm a very spiritual person. I've learned, over time, the Good Lord imbues every moment with absolute victory, love, and peace."

Scripts, Books, other credits include: