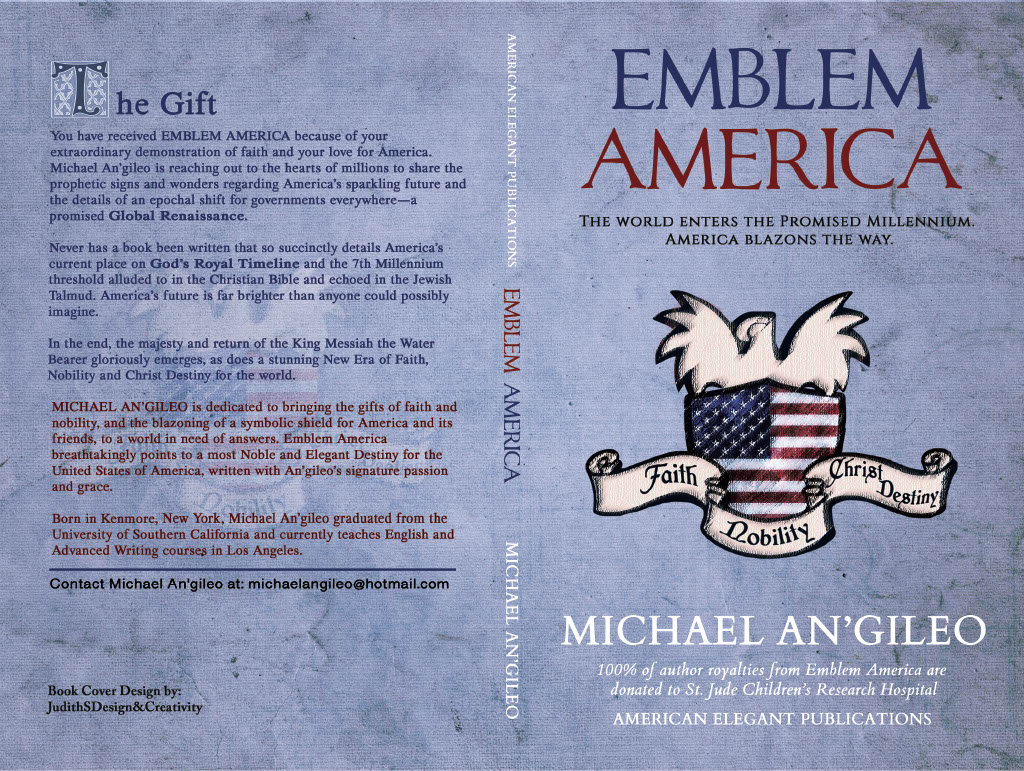 by Byron DeLear
5.0 out of 5 starsModern prophetic tradition at its best.
Reviewed in the United States on September 18, 2020
Verified Purchase

The prophetic tradition is long and established and Michael An'gileo's “Emblem America” touches on deep rooted impulses within humanity to do good and be righteous in the world. Although America stumbles and appears to be weakening, An'gileo summons scripture and a prophetic clarion call to declare that as the "grandest faith-based nation in the world," America is poised to usher in a change of the human heart. A change toward timeless principles such as charity, compassion, discipline -- to inspire a higher and divine calling toward service to others; classic Christian ideals in an era when idealism has taken short shrift to cynical, political advantage. This book is a sermon. And as such, frames the rebirth of America in spiritual terms; synergistically, An'gileo pulls together new thinking and new thought and blends these illuminations with an unpacking of something wholly temporal -- a spiritual audit of several American Presidents, their administrations, and their contributions toward the ascension of humankind. Abraham Lincoln, John F. Kennedy, Ronald Reagan, and even Donald Trump. What would a future American president embody were she to embrace both spiritualism and scientific perspective? What would a future President be able to achieve combining the best attributes of Lincoln, Kennedy, Reagan, and Trump but leave the chaff behind? This work frames a prophetic and deeply spiritual mind at work. It is a notepad of prophecy and I expect new chapters to deliver more ecumenical, interfaith, and synergistic evangel from the author, Michael An'gileo.